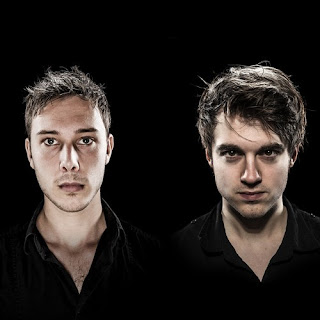 Stumbled upon Vicetone's remix of Zedd's smash hit "Clarity feat. Foxes" and from there I discovered their slew of other banging remixes, with a few massive originals thrown into the mix.

Vicetone consists of two 20-year-olds from the Netherlands. Only breaking out on the scene less than a year ago, they are blowing up, quickly amassing over 50,000 Facebook fans and almost 600,000 views on Youtube.

Influenced by Swedish House Mafia, Tiesto and Eric Prydz, these two gents have an amazing grasp on the Progressive/House genre. Unfortunately we can all only imagine how colossal their live shows may be, as they have yet to go on tour. On the up side, they plan on playing shows soon. Let's just hope they make their way over to the States.

I've posted a couple of my favorites, but it was very hard to choose from their amazing tracks. Make sure to check out all of their music on SoundCloud and Facebook.

Posted by hi.good.music at 1/09/2013
Email ThisBlogThis!Share to TwitterShare to FacebookShare to Pinterest