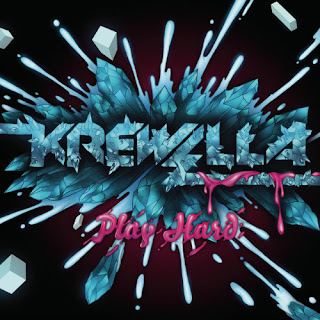 Krewella is "Killin It" again with their new Play Hard EP.

Besides including their hit single "Killin It", the krewe has lead off this EP with their title track "Play Hard" which is a diverse mega banger that does exactly as the title says...it plays hard. I absolutely love their mix of pop, house, and hard smashing bass. Of course their lyrics and vocals never fail to bring a robust sexuality to their tracks, so that's not so bad either.

This group has really delivered with every song they've put out so it's a good feeling knowing there's more to come.

Listen to & buy the PLAY HARD EP, now available on beatport.com. It's $14.94 for 6 tracks.
I know it's unlike me to post music that isn't free, but go support Krewella. I don't think you'll be let down.

Now go press play, and turn that shit up!

(oh and if you haven't already, download their other smash remix "Fire Hive (Krewella fuck on me Remix)" It's another steller production.)

Posted by hi.good.music at 6/18/2012
Email ThisBlogThis!Share to TwitterShare to FacebookShare to Pinterest