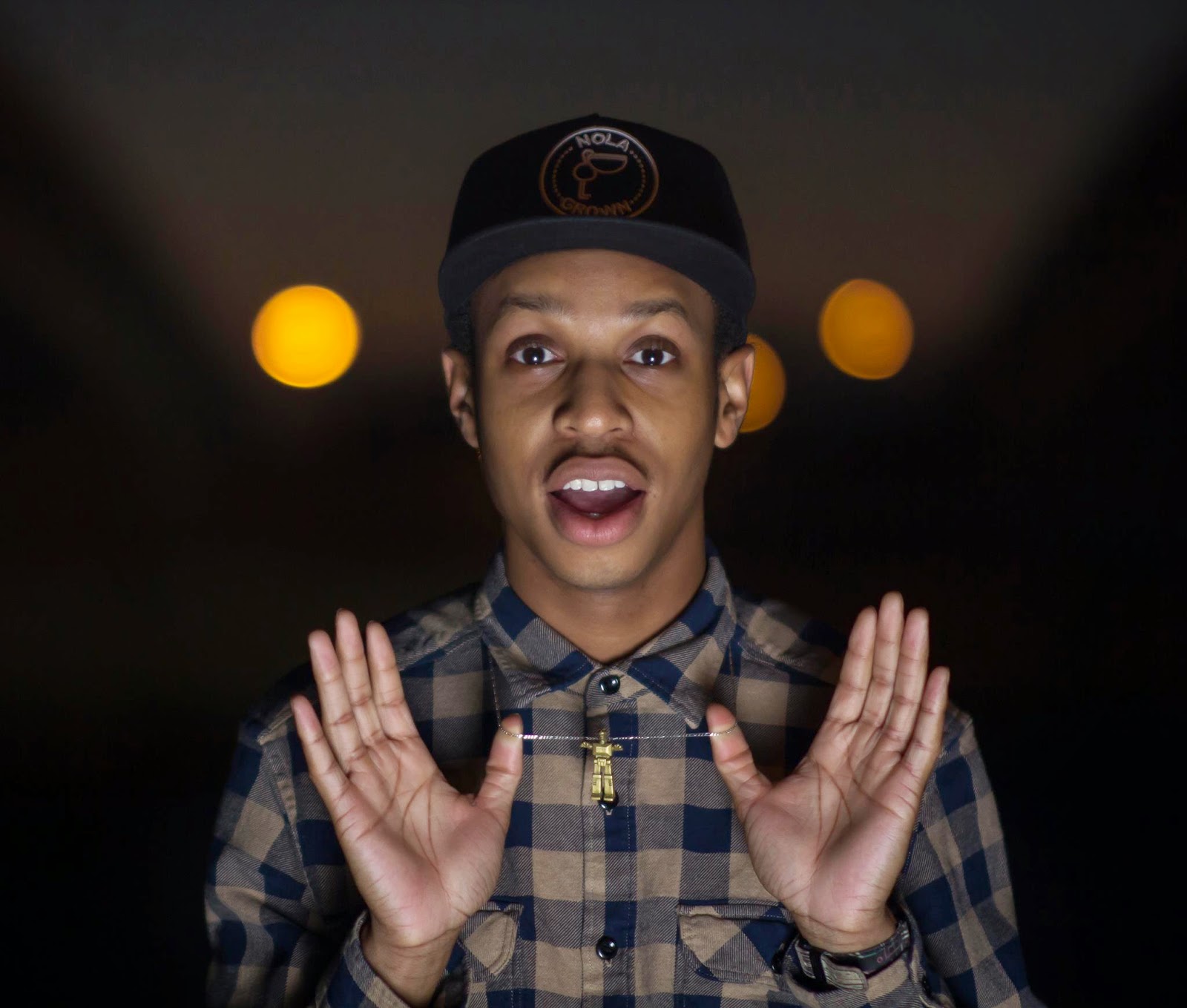 Jared Pellerin, AKA Pell, was born and raised in New Orleans until Hurricane Katrina forced his family to move to Mississippi. With his benevolent southern nature, and his energetic youthfulness, Pell’s blatant zest for life is not only infectious, it’s a sure sign of a promising career ahead for this 22-year-old. Pell took a huge step forward in 2014 with his critically acclaimed debut album, Floating While Dreaming. With an ongoing nationwide tour opening for Kindness, a spot in the Spotify House showcase at SXSW, and a set at Buku Music & Art Project, 2015 has Pell bracing for takeoff with nothing in his way.

Hi.Good.Music: Others have described your style as “dream rap” or even the “Future Sound of NOLA”. On Facebook, you’ve listed your genre as “Experimental Soul.” How exactly do you describe your style and sound?

Pell: Ever progressing. My music is a direct reflection of who I am. It’s soulful, yet nostalgic. I like describing it as experimental because there’re moments where it feels uncomfortable.

H.G.M: There is a wave of new artists out there with this new experimental, hip-hop sound that are on the rise, such as Raury, Vic Mensa, and Mick Jenkins. How do you keep yourself from being grouped in with them or does it not matter? What do you think makes you stand out amongst the others?

Pell: When it comes down to it, we’re all similar because we’re all creative. I’m sticking to my sound, but I’m proud to be mentioned with those guys.
I’m just relating to those who are like me. Letting myself shine through the tracks.
As far as what makes me stand out, I see things differently. I approach song structures differently than my counterparts.

H.G.M: In your bio online, you said after Katrina, all you could take with you was the music culture you grew up in. Since it’s definitely not the traditional hip-hop style, what aspect of your sound do you think stems from your experience growing up in New Orleans?

Pell: A lot of what my mom and dad played. Jazz and R&B.  In my adolescence I didn’t listen to hip-hop as much as I wish I would had. I definitely grew up watching The Box on TV and Cash Money Records were on it, like, everyday.
I think I took from them (Cash Money) the idea of them being themselves, not necessarily anything sonically.

H.G.M: I know you like to push the young people of today to dream and have goals in life. What’s the inspiration for the phrase “Floating While Dreaming”, and more specifically, what does “floating” refer to?

H.G.M: I saw on your tumblr page that fans started sending you their dreams for you to interpret. You’ve studied some psychology and lucid dreaming. Is dream interpretation something you do regularly, or is that simply a by-product of your fans taking to the album’s title?

Pell: A little bit of both. It was something I wanted to do but I wasn’t equipped for the amount of dreams that were sent to my inbox. It was a combination of timing and concept of the album.
I got some of the strangest dreams (laugh), but with that, people would always tell me their life goals and all. It was really cool to see people open up to me and tell me their dreams and aspirations.

H.G.M: You’re about to play at the Spotify House at SXSW. Congrats!

Pell: This is actually my third time going to SXSW.
My first time I was there I was at a showcase to see Nappy Roots at SXSW and we were all leaving because we were in between shooting a music video. I didn’t even get to see Nappy Roots. I was in the car and there’s a knock on the window as we’re about to leave, and my manager was like, “Yo, this guy wants to book you for this showcase.”  I was like, “Yeah, right.” But it happened, and I killed it.

H.G.M: You have a slew of music videos out there. Are there any more in the works and which one was the most fun to work on?

Pell: Oh yeah, there’s always stuff in the works.
My favorite video? That’s hard.  I guess, “The Never”. We were able to travel from Nola to Mississippi to shoot with my boy, LV Baby. The concept is all about just being able to go from one place to the next freely in your youth.
The fireworks were of course a lot of fun. (laugh)

H.G.M: What is the largest crowd you’ve performed in front of, and do you prefer a larger crowd like a music fest, or a smaller, more intimate crowd?

Pell: Probably 2,500-3,500 at a show at Mississippi State for Super Bulldog Weekend. I played before Cage The Elephant. That was
I love performing in front of a large crowd as long as the sound is good. Honestly, I really love the smaller shows too because I get to look into the eyes of the fans there.

H.G.M: What does it mean to you to be performing at BUKU, one of the largest music festivals in your hometown?

Pell: It means a lot. I know friends and fans that are coming; those that have been there from the start. To see those people and look them in their faces and see where music is taking me means so much. I couldn’t have dreamt of this. Well, I guess I dreamt of this, but to see it manifest is an amazing feeling.

H.G.M: Have you ever gone to BUKU as a festivalgoer?

Pell: No. This will be my first festival I’ve ever been to besides SXSW.

Well, it’s always nice to have a Nola artist making a splash around the country.  I, for one, am stoked to catch his set this year at Buku Music & Art Project. Pell is now officially a part of Cycle 7 on Spotify’s Emerge competition, launching previous winners such as Macklemore & Ryan Lewis, Bastille, and G-Eazy, into stardom. Make sure you head on over to Spotify and show Pell some love, and you definitely don’t want to miss him on the Buku Ballroom stage at 4:15pm this Friday, March 13.

Posted by hi.good.music at 3/13/2015
Email ThisBlogThis!Share to TwitterShare to FacebookShare to Pinterest