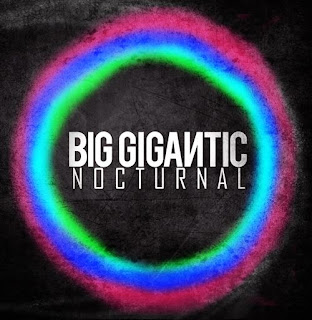 The first time I saw Big Gigantic was at Wakarusa 2010 and ever since I've been in love with everything these guys put out.  If you're familiar with Big Gigantic, this new album "Nocturnal" is everything you'd expect and more.  The "and more" is what makes this album stand out as the best electronic album of 2012, ha.
Producer and Sax Extraordinaire, Dominic Lalli, wails out his melodic sax symphony while Jeremy Salken busts some heavy drumstep beats, allowing them to pump out the classic BG sound while turning things up a few notches mixing in some hardcore dub grooves.  Really I can't say enough about these guys and how great their live show is.  If you get a chance to see them on their Nocturnal Tour, please do yourselves a favor, and GO!
In other good news....Wakarusa just released their 2nd round (of 3) of the 2012 line-up and Big Gigantic was included in that announcement. So pumped!
Anyway...turn your speakers up, and get that blood pulsing! NOW
good.hi.
Follow Big Gigantic FaceBook Page
Download whole album HERE

Big Gigantic - Nocturnal by BigGigantic
Posted by hi.good.music at 1/13/2012
Email ThisBlogThis!Share to TwitterShare to FacebookShare to Pinterest