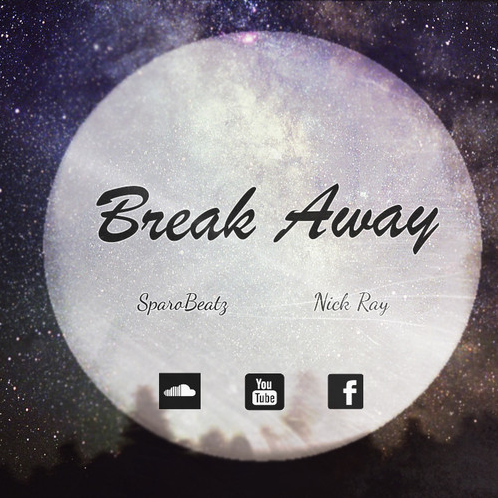 Tweet
Nick Ray just released two new tracks that will be on his upcoming collaboration album and I had the opportunity to chat with Nick about them.

First, we have an eye-opening collaboration with LOC (pronounced "Loke"), a nola native rapper. We can now see that Mr. Ray's vocals can also be good friends with the rap/hip-hop world.
"Working on this track with LOC was great simply for that fact that he is serious about his craft and gets things done..I had so much fun on this particular record..I love collaborating with artists that love what they do as much as me"
Apparently his voice naturally crosses music genres and it's something I'd love to see continue with Nick Ray as he has yet to disappoint. LOC is also due for a new album in the coming months, and I'll be sure to follow up with him as he has a fantastic flow that's somewhere between Lupe Fiasco and Eminem.

The other track released is an edm remix by SparoBeatz of Ray's previously released "Break Away". This track once again proves my thoughts on his voice lending itself to the electronic scene. SparoBeatz found a second home for Ray's soulful lyrics and they seem quite comfortable.
"This was an awesome collaboration just for the fact that we did this across the world from each other..Sparo Beatz is based out of Tunisia and Im in New Orleans..We collaborated on this track by sending wav files to each other..This was a cool experience."

Who knows what's next from this gent. Perhaps a Nick/rap/edm collab.
I'm all ears.

Posted by hi.good.music at 9/25/2014
Email ThisBlogThis!Share to TwitterShare to FacebookShare to Pinterest