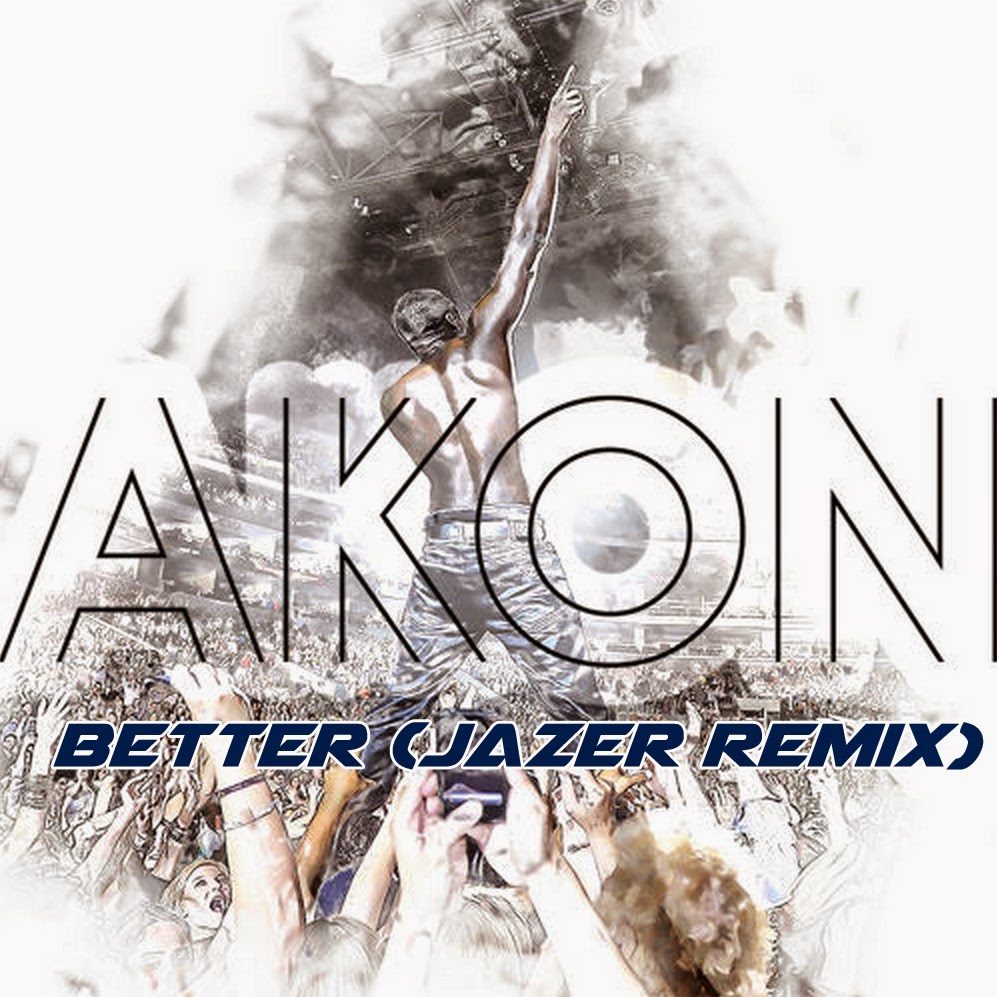 On January 1, 2015, Akon released 5 new songs off his upcoming album, Stadium. Recently Akon created an online remix competition for one of them: the electronic pop track, "Better feat. Niko the Kid".

I recently stumbled onto the music of James Nielssen, AKA Jazer, and featured him on my site. Well, besides being given the honor of premiering Jazer's remix, I also get to premiere the best version I've heard to date. I've put in the time digging all around, listening to the other submissions, and they all fall short in comparison. James explained his thoughts about the original and how he approached his version of the pop piece.

Hi.Good.Music: When you first heard Akon's "Better feat. Niko the Kid", what immediate thoughts went through your head for how to change it for the, ahem, better?

Jazer: I loved the idea and intention of the song, but wasn't too happy about the execution of the song. It was a tad too long with minutes of boring stretches for lack of a better word. I wanted to cut it down and make sure the whole thing was interesting from start to finish so that at the end of the song you would immediately want to listen to it again.

H.G.M: So what changes did you make?

Jazer: I tried to add my personal style by making a more fluid buildup and chopping up the drop a little bit to make it a little more interesting, while at the same time keeping the same original core ideas of the track intact. At first I was just planning on doing an edit of the song with minimal changes, but eventually I made enough tweaks, especially in the verses/buildup, that it naturally turned into a full on remix.

H.G.M.: Have you listened to other remixes in the competition?

Jazer: I haven't heard any others yet, I've been trying not to corrupt my brain and unconsciously copy anyone else's ideas (laugh). I'll probably take a listen to others after I post mine.

H.G.M: When does the competition end?

It ends May 10th and to my understanding it will be released with his upcoming album Stadium (release date TBA). I'm not sure about the likelihood that Akon will listen to every remix, but we can only hope he takes a listen to mine and likes it.

I'm sure he will as it is one of the best remixes released thus far IMO. I wish him the best.


Posted by hi.good.music at 4/29/2015
Email ThisBlogThis!Share to TwitterShare to FacebookShare to Pinterest