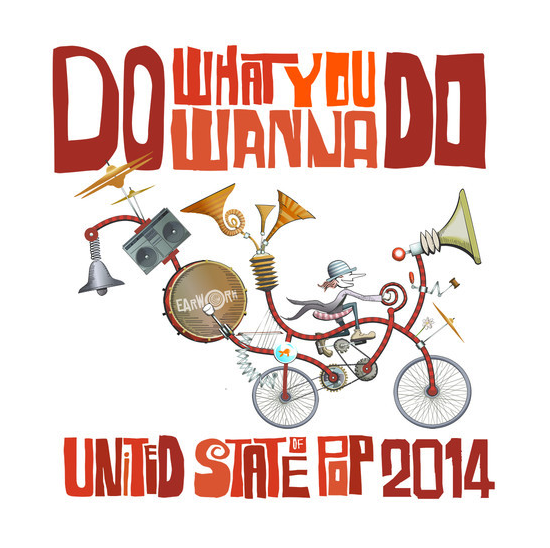 It's back, and after following DJ Earworm's signature "United State of Pop" mashup since its conception 7 years ago, it has become one of my favorite and most anticipated annual traditions.

For those of you who are unfamiliar, DJ Earworm creates a mashup each year from the Top 25 Pop songs according to Billboard Magazine. Yes, these are all super mainstream pop songs, but what DJ Earworm does to them surely merits a share. This guy has an unbelievably talented knack for not only blending 25 songs into a ridiculously fun mashup, he also successfully mixes the lyrics of each song into coherent sentences. Oh yeah, he also edits the original music videos to coincide with the remixed track. All of this a mind-blowing feat if you stop to think about it. If anything, his annual mashups serve as a quick historical record for the world of pop music.

For those of you who may not have heard the other years' mixes, I've added them below so you can catch up and choose your favorite year's mashup. I believe mine are 2007 and 2009, but all of them are definitely worth a listen. Prepare to feel nostalgic.

(Use Soundcloud for a free download, but watch the video for the full experience.)

Posted by hi.good.music at 12/31/2014
Email ThisBlogThis!Share to TwitterShare to FacebookShare to Pinterest