Alexander Lynch - At My Side 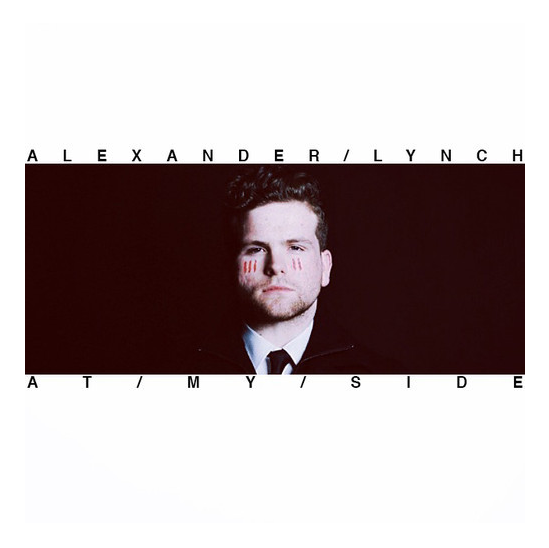 This simplistic, yet entrancing dubstep beat carries Mr. Lynch's sensual vocals, creating a track begging to be added to your, ahem, "bedtime" playlist.

I had the opportunity to discuss the birth of this song, as well as what lies ahead for this 22 year old artist.

"The song is something I wanted to have a very classic soul vibe on. I wanted a song that you could strip back all the electronics and everything and it still remain just as powerful. I think it's my proudest moment as a musician and it's a work that will always remain important to me. I grew up listening to a lot of Motown and Stax and Sun so this song kind of represents that. Very dear to my heart. Writing it came very quickly to me and the lyrics were freestyled one day when my voice coach and I played it for the first time. I turned to my friend and manager, Nathan K (the guitarist for the electro-pop band Stepdad), and his partner in collaboration Darin Rajabian, who make up the pop group John Cyrus for production. I had a strong vision for it early on and it shaped itself very quickly. They did an amazing job producing it and getting the vocals to sound great. They really delivered for me and it's been such an awesome experience working with them."

As for the future, we'll be seeing a lot more of Alexander in the new year.

"I'm very busy working on more singles, booking tours for next year, and trying to build hype for the project online. What I'm trying to do is break into the British neo-soul/R&B scene as an American artist. I will be releasing one more single in February and then I will be releasing a collection of songs including these first two singles, as well as two more new tracks in the spring. That collection of songs will be titled Love Lives."

I also recommend you check out Lynch's version of Lana Del Ray's "Young And Beautiful". Luckily, we can expect a few more covers to be released soon.

"I do some live right now. Just acoustic piano versions, but I have a Weeknd cover I'm working on and a Lianne La Havas one I'm thinking about."

He also shared the fact that the keyboardist/producer of Stepdad has a remix of "At My Side" in the works. I'm definitely looking forward to hearing that as the minimalistic nature of the song's production lends itself to a reworking with another's artistic style.

Make sure to keep an eye on this guy as he's on track to produce more silky tunes in this early stage of his career.

Posted by hi.good.music at 12/08/2014
Email ThisBlogThis!Share to TwitterShare to FacebookShare to Pinterest